IMG, Centrally located within City of Arabia, on Sheikh Mohammed Bin Zayed Road (formerly Emirates Road), Dubai, U.A.E., IMG Worlds of Adventure is the first integrated Entertainment Destination in the Middle East and the only private themed entertainment facility in the entire Asian continent to feature attractions at par with other internationally renowned parks. And all this inside the largest temperature controlled indoor entertainment destination in the world, designed to attract in excess of 20,000 visitors per day.

IMG Worlds of Adventure is combining the very latest in themed attractions, rides, edutainment, and international branded content all under one roof and spanning in excess of 1.5 Million sq.ft.

IMG Worlds of Adventure has entered into agreements with world renowned licensors, to use their concepts and characters. IMG Worlds of Adventure will be the catalyst to boost the entire City of Arabia development. The Park boasts of innovative rides and one of the regions largest roller coasters. It will also comprise retail outlets including food and beverage and licensed merchandising.

Construction works on the project have already commenced and are expected to be completed by 2014. The ride mix encompasses all ages and therefore, makes a unique destination for the whole family.

The park will also have a NOVO cinemas in the complex which residents will be able to go to without paying the general entrance fee. IMG CEO Otto said it would be “a natural fit” to have premieres of Marvel movies at a cinema in a Marvel theme park and that they may “bring the actors over”. So yes, we might be able to see Chris Hemsworth or Robert Downey Jr in the flesh soon (fingers crossed).

Plus, another promise from Otto was that the food in the park will “kill the notion of bad food in theme parks”. There will be 28 F&B outlets in total – with everything from food trucks to fine dining covered, and 13 types of cuisine represented. A list of some of the F&B outlets to be expected can be found here.

In mega-cool news, the 10-storey Stark Tower (love you Tony) inside the Marvel zone will be home to a fine dining restaurant with, in their words, “Michelin-star-quality chefs”. Also, apparently Marvel (which is owned by Disney) were very involved in the planning of the park – both creatively and operationally, which is good news when you consider that everything they touch turns to gold.

Now, finally, before we get onto details of the rides, what about traffic? We all know the issues on SMBZ road when Global Village is open, but throwing a theme park into the mix? Well, there is currently one major entrance to the park (the same entrance as The Villa community), but the park can also be accessed from Al Barari and they are in the process of building two more entrances to the park. Plus you’ll also have access to the park from a whole new highway that’s being built from Dubai Silicon Oasis to Dubai Investment Park.

AND NOW DETAILS ON THE RIDES 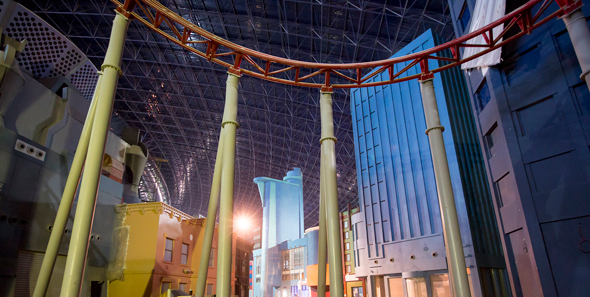 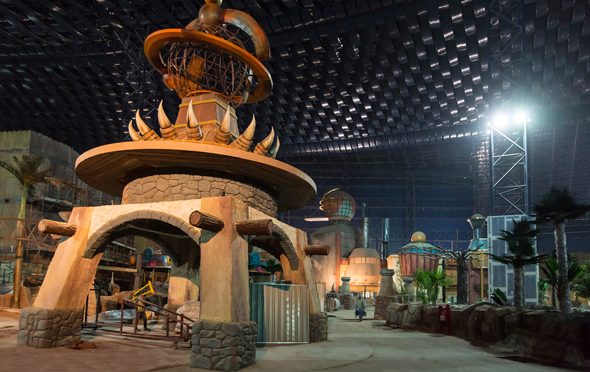 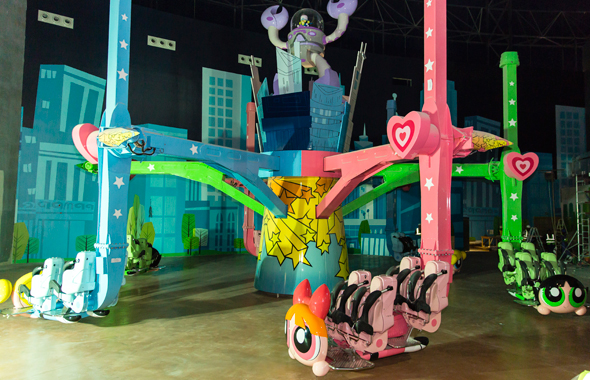 Permanent link to this article: http://www.e-basel.com/uncategorized/img-worlds-adventure/