The Role of National Courts.

The Role of National Courts. 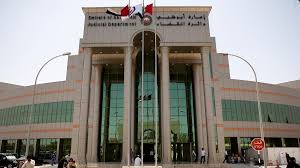 The Role of National Courts

With the tremendous growth in international trade and investments, international commercial arbitration has become a frequently used mechanism to settle investment/trade/contractual dispute. Most people are of the opinion that resolution of dispute by litigation in court is time consuming and money consuming whereas arbitration may speed the resolution and lower the expenses of disputes because it often avoids the delay associated with Court Litigation. However to ensure the integrity of the arbitral process and protect the public interest, the courts must support and supervise that process. On the other hand, to prevent the confidence of users of the arbitral system from being damaged, the level of judicial control should not be too high.

Interim measures by the domestic court

Domestic courts have power and therefore play a role in taking interim measures on application by the party in limited number of instances including an interim injunction or such other measures of protection as may appear to the court to be just and convenient.80 The Indian High court in Olex focas Pvt. Ltd v. Skoda Export Co Ltd, 81 held that the Court have been vested with the jurisdiction and powers to grant interim relief in appropriate cases. This case was with regard to the protection and preservation of the disputed property.

In another Indonesian case the Ad hoc international arbitration acting under the UNCITRAL Rules provided an interim award against the Indonesian State Electricity Corporation.82 The claimant alleged that Indonesia is liable for the State entity’s non-payment of the award. Within days after the service of the statement of claim, the State entity commenced an action in the Jakarta District Court to enjoin the arbitration proceedings of which the district court issued an injunction against the arbitration, including a prospective fine of US $ one million per day for any violation of the injunction.

The Arbitration Tribunal reacted by referring to the writings of former President of the International Court of Justice (ICJ), Judge Arechaga, who stated that under international law “the judgment given by a judicial authority emanates from an organ of the State and is just the same as law promulgated by the legislature or a decision taken by the executive”. The Tribunal issued a procedural order stating that the injunction was violative of internal law; there was a breach of arbitration agreement and the physical venue was changed to The Hague.

Permanent link to this article: http://www.e-basel.com/arbitration-dispute/the-role-of-national-courts/