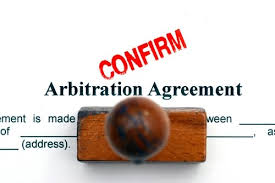 Arbitration are creatures of contract. Thus, the parties can shape an arbitration proceeding to a great extent in their arbitration agreements. I have arbitrated dozens of cases as a sole arbitrator or as an arbitration panel chair or panel member. My experience from that is that well-drafted arbitration clauses can greatly improve the process help save everyone money and poorly drafted ones can complicate the process and cost everyone extra money.

In some cases, inconsistent clauses can even threaten the viability of the result of the arbitration. Fortunately, by thinking ahead about the likely disputes that the parties could encounter and be required to arbitrate, you can help to shape the arbitration a way that will ensure an efficient and fair process and result

The parties can provide for arbitration of future disputes by inserting the following clause into their contracts (the language in the brackets suggests possible alternatives or additions).

Any controversy or claim arising out of or relating to this contract, or the breach thereof, shall be settled by arbitration administered by the American Arbitration Association in accordance with its Commercial [or other] Arbitration Rules, and judgment on the award rendered by the arbitrator(s) may be entered in any court having jurisdiction thereof..

“Any dispute arising out of or in connection with this contract, including any question regarding its existence, validity or termination, shall be referred to and finally resolved by arbitration under the (……)  Rules, which Rules are deemed to be incorporated by reference into this clause.”

If a dispute has arisen, but there is no agreement between the parties to arbitrate, or if the parties wish to vary a dispute resolution clause to provide for arbitration, the following clause is recommended. Words/spaces in square brackets should be deleted/completed as appropriate.

“A dispute having arisen between the parties concerning [    ], the parties hereby agree that the dispute shall be referred to and finally resolved by arbitration under the ( …. ) Rules.

The number of arbitrators shall be [one/three].

The seat, or legal place, of arbitration shall be [City and/or Country].

The language to be used in the arbitral proceedings shall be [    ].

The governing law of the contract [is/shall be] the substantive law of [    ]. “

The Dubai International Arbitration Centre (DIAC) recommends parties, desiring to resolve their disputes under the DIAC Arbitration Rules, to include the below-stated arbitration clause in their agreements:

“Any dispute arising out of the formation, performance, interpretation, nullification, termination or invalidation of this contract or arising therefrom or related thereto in any manner whatsoever, shall be settled by arbitration in accordance with the provisions set forth under the DIAC Arbitration Rules (“the Rules”), by one or more arbitrators appointed in compliance with the Rules.”

“Parties [please insert names, addresses of parties] herewith agree to settle their dispute, concerning [please insert an accurate description of the subject matter of the dispute], by arbitration in accordance with the provisions set forth under the DIAC Arbitration Rules (“the Rules”), by one or more arbitrators appointed in compliance with the Rules.”

Parties are also advised to include the following in their contractual and submission agreements:

3.    Determine the language of arbitration (e.g. “English or Arabic”)

The choice of ICC arbitration as the dispute resolution method should ideally be made when businesses and governments negotiate their contracts and treaties.

However, parties can enter into an arbitration agreement at any other time, such as after a dispute has arisen.

Arbitration
“All disputes arising out of or in connection with the present contract shall be finally settled under the Rules of Arbitration of the International Chamber of Commerce by one or more arbitrators appointed in accordance with the said Rules.”

Arbitration without emergency arbitrator
“All disputes arising out of or in connection with the present contract shall be finally settled under the Rules of Arbitration of the International Chamber of Commerce by one or more arbitrators appointed in accordance with the said Rules. The Emergency Arbitrator Provisions shall not apply.”

The parties may also wish to stipulate in the arbitration clause:

In principle, parties should also always ensure that the arbitration agreement is in writing and carefully and clearly drafted.

We often find that contracts are increasingly setting out alternative ways to approaching dispute resolution. Often these include reference to arbitration and also references to preconditions on the right to arbitrate. Two recent cases demonstrate just how important clear drafting of these clauses can be. Sometimes, it is possible for a party, who might not wish to go along the dispute resolution path in the manner adopted by the claiming party, to take advantage of either unclear drafting or the failure to follow the requirements of the contract, to find ways to block and/or otherwise frustrate what the claiming party is trying to do.

Permanent link to this article: http://www.e-basel.com/arbitration-dispute/agreement-arbitration-clause/