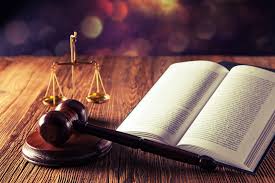 The Arbitration Law will apply to:

All arbitration proceedings conducted in the UAE unless parties choose another law provided that this other law does not contravene the UAE public order and morals;

The Arbitration Law shall apply to any arbitration proceedings existing at the date the law enters into force. This means that any awards enforced after 16 June 2018 (issued both before and after the entry of the law into force) should be enforced under the new procedure.

The Arbitration Law introduces the concept of commencing a fresh action to challenge the arbitration awards. Previously, the UAE courts have found that a party wishing to set aside the award issued in the UAE could only do so if the successful party was seeking ratification and enforcement in the local courts. The defendant could not initiate an independent challenge in the local courts.

For example, they are allowed in England on limited grounds, but in practice such appeals are rarely made and are even rarer to succeed.1 In absence of similar established practice in the UAE courts, this ground of appeal can create obstacles for enforcement. It remains to be seen how the UAE courts will interpret this provision.

The new Arbitration Law simplifies the process for ratification and enforcement of the awards that are governed by the Arbitration Law. Instead of filing a substantive claim as used to be the case, the claimant now must file the following documents with the chief justice of the Court of Appeal in the relevant Emirate: (i) the original award (or certified copy of it) accompanied by certified Arabic translation where award is not in Arabic; (ii) a copy of the arbitration agreement and (iii) a copy of the minutes of lodging the award in court.

According to Article 55, the court must issue an order for ratification and enforcement of the award within 60 days from submission of the application for enforcement unless the court finds a reason to set aside the award upon any of the grounds under Article 53(1).

Permanent link to this article: http://www.e-basel.com/arbitration-dispute/challenge-and-enforcement/