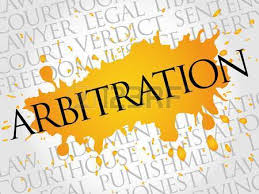 Once the decision to start an arbitration has been taken and the appropriate form of notice or request for arbitration has been delivered, the next step is to establish the arbitral tribunal. Whilst a national court of law is a standing body to which an application may be made at almost any time, an arbitral tribunal must be brought into existence before it can exercise any jurisdiction over the parties and the dispute. The contrast between the two is seen most clearly when a dispute has arisen, attempts at settlement have failed, and one of the parties has decided that the time has come to pursue its legal rights. If the dispute is to be taken to court, the claimant need only initiate whatever form of originating process is appropriate to set the machinery of justice into operation before the court. The parties will have no role to play in the composition of that court. It is different if the dispute is to be referred to arbitration: there is no permanent standing body of arbitrators and, absent some specific mechanism in the applicable rules for a separate ‘pre-arbitral’ phase for urgent decisions,1 no decisions can be taken or relief sought until the tribunal has been established.

Commencement of an arbitration

The prescribed method of commencing arbitration proceedings will depend on the provisions of the arbitration agreement, the law governing the arbitration proceedings and any institutional or other rules that the parties have agreed should apply to the arbitration.  Compliance with the prescribed method of commencement may be a critical factor in determining whether the claimant has issued proceedings within any applicable time limitation period and it may also be relevant to determinate compliance with conditions imposed by national courts for the granting and enforcement of injunction and other forms of interim relief.  The checklist items in this chapter relate to commencement under institutional rules, non-institutional rules and applicable law.

The date on which the arbitral proceedings are deemed to have commenced may be prescribed in the applicable law governing the proceedings.  For example, Article 21 of the United Nations Commission on International Trade Model Law (“UNCITRAL Model Law”) provides that, unless otherwise agreed by the parties, the arbitral proceedings in respect of a particular dispute commence on the date on which the respondent receives a request for that dispute to be referred to arbitration.   By contrast, Section 14 of the English Arbitration Act states that the parties can agree when arbitral proceedings are to be regarded as commenced and, in the absence of agreement, provides alternative dates which apply depending on the agreed mechanism for the appointment of the tribunal.

If the applicable law governing the proceedings only dictates the commencement date in the absence of agreement between the parties (as in Model Law Jurisdictions), then regard should be had to any institutional or non-institutional rules that the parties have agreed should apply to the proceedings.  For example, the ICC Rules provides that the date of commencement is the date on which the ICC Secretariat receives the Request for Arbitration (a similar rule can be found on ICDR, LCIA, WIPO and CAMCA Rules).   On the other hand, the UNCITRAL Rules provides that arbitral proceedings shall be deemed to commence on the date on which the notice of arbitration is received by the respondent.

[4.22] The establishment of an arbitral tribunal involves many considerations. First is the question of numbers: should there be more than one arbitrator, and if so, how many? Is there any general rule as to the number of arbitrators that should be appointed, or does this depend upon the circumstances of the particular dispute? The laws of some countries sensibly provide that the number of arbitrators must be uneven and this should be borne in mind by the drafters of arbitration clauses. Clauses providing for two arbitrators and an ‘umpire’, used principally (but not exclusively) in shipping and commodities disputes, are unsuitable for modern international arbitration. Tribunals of five (or more) arbitrators are best reserved for arbitrations between states.30 Thus an important consideration in the drafting of an arbitration clause or a submission agreement is the number of arbitrators to be appointed. In commercial cases, the choice, in practice, is between one and three.

[4.23] Article 12(2) of the ICC Rules provides that, where the parties have not agreed upon the number of arbitrators, a sole arbitrator will be appointed unless ‘the dispute is such as to warrant the appointment of three arbitrators’. Following the same policy, Article 5(8) of the LCIA Rules states: ‘A sole arbitrator shall be appointed unless the parties have agreed in writing otherwise, or if the LCIA Court determines that in the circumstances a three-member tribunal is appropriate (or, exceptionally, more than three).’

[4.24] The ICDR Rules follow the same approach, with a sole arbitrator the default solution, but adding the criteria of size and complexity to the administrator’s discretion as to whether to constitute a three-member tribunal. Article 5 provides:

Permanent link to this article: http://www.e-basel.com/arbitration-dispute/establishment-and-organisation-of-the-tribunal/