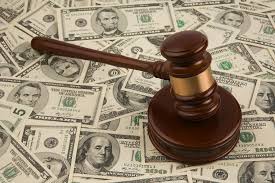 Interest is either interest as a component of the claim, or interest after the award.

Each is for different period of time. the rates may also different.

if interest is claimed then, provided the claimant is successful, an amount of interest calculated up to the date of the award should be included in the amount awarded.

the claimant should include in the statement of claim a claim for such interest.

1- Under a provision in the contract.

2- Under a provision of an agreement for arbitration or expert determination.

3- Under statute, or as a damages.

as a component of claim, the claimant will usually only be entitled to one of the categories of interest.

Usually, interest after the award applies automatically to the amount of the award and does not have to be claimed.

Interest Under the Construction Contract.

Most standard forms of construction contract contain a provision for interest on late payments.

Interest Under an Agreement for Arbitration or Expert determination.

It is always open to the parties to an arbitration agreement to endow the arbitration with a greater or less power to award interest than exists in the applicable commercial arbitration act.

When drafting an expert determination agreement it is important to consider this point.

Damages are the general remedy available for all kinds of breaches of contract. If monetary obligations are not performed, interest may be added as an additional remedy that does not exclude the simultaneous awarding of damages.

Permanent link to this article: http://www.e-basel.com/articles/interest-damages/