Because of the many different categories of legal claim made under the heading of variation claims, there are many ways in which the so-called variations are priced. 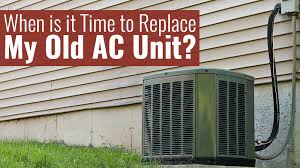 More often, the contract does not have a specific rate or price for variation. Then the price may be based on rates in the contract or a reasonable rate.

The term “ Variation Claim “ is often used to describe a claim for additional recompense based not on a price for the additional work but on the extension of time for practical completion granted by the superintendent to reflect the time taken by the contractor to do the extra work.

Some contractors, in addition to clamming the price of variation and an extension of time, make a claim for alleged additional off-site overheads and loss of profit caused by the variation. They call these “prolongation costs” . They argue that the contract period has been extended by one month and therefore the contractor should be paid additional overheads and loss of profit in proportion to the extension of time for the variation.

Understanding the Generality of Variation Clauses that Exists under FIDIC Based Contract Modalities in UAE.

Although it is advised by FIDIC not to alter the General Conditions, but use the particular conditions, clients articulate their own requirements using the General Conditions. It is therefore important to understand the salient features of such changes made in the contracts.  This paper is an attempt to understand the term of the variation clauses and their application.

It is fundamental that the parties are only bound to perform what is stipulated in the contract document they sign. Unless there is an express provision allowing alterations to be made during the course of the contract, the Contractor cannot be compelled.

Variations has long been recognized as a major source of conflict in construction projects.

Read more about the Variation Claim.

Permanent link to this article: http://www.e-basel.com/project-management/pricing-variation/