and create a successful construction team. 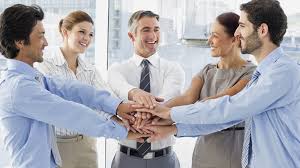 Yes, Claims don’t result from differing site conditions, bad contract documents, or defective contract administration. They are a direct result of the contractor losing money on the job. This is either because of the above reasons, for which a contract adjustment may be an appropriate remedy, or because of the contractor’s actions (or inactions) in estimating/planning/executing the work, for which the contractor should bear the burden. The best way to avoid construction claims is to allow the bidders to get enough money in the job to build it, and manage the project with the attitude that all parties take responsibility for their own actions/inactions—all in accordance with the contract agreement. This will improve profits and encourage all parties to work as a team. Of course, on many projects it’s much easier to set forth this philosophy than to effectively implement it.

Improve the working environment, and create a successful construction team.

This simple “money-making-equation” is the first step in understanding how to avoid construction contract claims:

Revenue:  The money the contractor gets. This amount is usually determined during the bidding—that relatively short period of several weeks when the contractor tries to get as smart as the owner and the engineer (who have been working on the job for the past 2 or 3 years), puts a price tag on the cost to build it, and accepts the risks that the owner has defined in the multiple-volume contract documents. The bid amount (revenue) is a function of the “anticipated” cost, or the cost that can be predicted during the bidding period.

Cost:  The money the contractor spends during construction, varying in indirect proportion to skill in managing labor, devising innovative methods, and avoiding or insuring certain risks.

Increasing the accuracy of bid estimates, or rather improving the predictability of the final cost, is one of the keys to avoiding claims. Below are a few helpful tools:

Partnering:  Addresses construction cost by redirecting the parties’ attitudes from confrontation to cooperation. A partnered job doesn’t have a construction manager who thinks he or she has to be a spec policeman, or a contractor who thinks the CM only exists to make life more difficult. The attitudes that pervade a partnered site are those of people who “work together,” with the owner’s staff assisting the contractor to build the project.

Geotechnical Baseline Reports:  Can contribute to a more accurate estimate of anticipated ground behavior, thus affecting the revenue by making the estimate more predictable. It’s not the “baselines” that do this; it’s the narrative description of the design philosophy, which can further the contractor’s understanding of the project during the bidding period.

Unit Pricing:  Pays the contractor for work that can’t be accurately predicted in advance, such as pile driving, where the length of pile used is a direct function of the ground. Bidding underground projects on a lump sum basis actually decreases the predictability of the bid estimates. Unit price bid schedules are a good tool for work elements such as grouting, and primary support systems that depend mostly on the ground.

you can read more about how to improve the working environment.

Permanent link to this article: http://www.e-basel.com/articles/improve-working-environment/