Historically, parties preferred litigation and were generally reluctant to use arbitration. This was particularly because some uncertainty that was considered to surround the enforcement of arbitral awards. Although there is still a degree of uncertainty regarding enforcement, local courts are now generally more familiar with the arbitration process and more willing to recognise and enforce arbitration awards. Recently, the Dubai International Financial Centre (DIFC) Court has emerged as a forum where both domestic and foreign arbitration awards can be enforced. The DIFC Court is an English language common law court operating in the DIFC Free Zone. 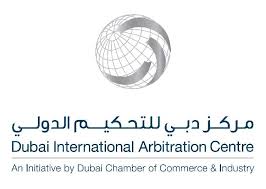 Arbitration has increasingly become a popular method of dispute resolution in the UAE and in the surrounding regions. The growth of arbitration in the UAE is reflected to some extent by the fact that there are now several institutions in the UAE which administer commercial arbitrations.

ARBITRATION IN THE UAE

Although the majority of those working in the UAE construction industry have heard of arbitration, how much do they really know and why is it so important to the development of the nation?

The rapid growth of the United Arab Emirates’ (UAE’s) economy brought with it tourism, mass infrastructural projects, construction, commerce and international investment. The UAE’s exceptional  growth also highlighted the need for a modern legal and judicial framework capable of instilling confidence into the growing  market, and to further attract more inward investment. Most foreign investors were accustomed to operating in common law environments (as opposed to the civil law system in the UAE), which have a historical and sophisticated body of binding legal precedents and therefore offer certainty for those doing business in a market economy.

WHAT ARE THE MAIN ARBITRATION INSTITUTIONS IN THE UAE?

Conciliation is conducted through a mediator accredited by the centre or selected by both disputing parties.

The conciliator’s decision concerning a dispute is not considered binding, but it has the nature of recommendation on a proposal for dispute solving.

The default language is Arabic, unless the parties expressly choose English.

The rules of arbitration are governed by Decree No. 11 of 2007, which was approved by H. H. Sheikh Mohammed bin Rashid Al Maktoum, the Ruler of Dubai on 6 May 2007.

The new rules are available in both English and Arabic languages.

International Islamic Centre for Reconciliation and Arbitration (IICRA) is an international, independent, non-profit organisation of the Islamic finance industry.

The centre settles financial and commercial disputes that arise between financial or business institutions and their clients or between them and third parties that choose to apply the provisions of Islamic law and sharia principles in resolving disputes through reconciliation or arbitration.

The centre practices locally, across GCC and internationally. Agreement of the parties is required for IICRA’s jurisdiction.

For more information, refer to IICRA.

Other arbitration institutions in UAE

Permanent link to this article: http://www.e-basel.com/arbitration-dispute/arbitration-institutions/