The best way to define contractual obligations is to say that they are the legal responsibilities of each party involved in a contractual agreement. In a contract, both parties will exchange an item or service of value, but certain expectations must be met in order for the exchange to be properly completed. Such expectations will be defined by the terms of the contract. Failure to meet these expectations by either party will in most cases mean a breach of contract, which may result in damages being awarded to the non-breaching party. Thus, one’s contractual obligations must be given great consideration.

The Contracts or agreements between various parties are framed and validated by the UAE Contract Act. Contract Act is one of the most central laws that regulates and oversees all the business wherever a deal or an agreement is to be reached at. The following section will tell us what a contract is. 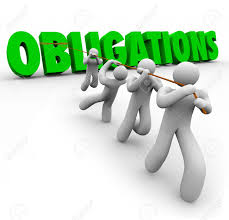 Good faith (law) In contract law, the implied covenant of good faith and fair dealing is a general presumption that the parties to a contract will deal with each other honestly, fairly, and in good faith, so as to not destroy the right of the other party or parties to receive the benefits of the contract.

Can you impose an express duty of good faith on contracting parties?

Many commercial contracts specifically require a party to perform particular obligations or exercise specified discretions acting “in good faith”. It is less common but also possible to impose an express duty to perform the whole contract in good faith. Any express term will be interpreted carefully, in the context of the entire contract and the commercial relationship between the parties.

For a contract to be formed four basic elements must be present:

Offer, acceptance, consideration and the intention to create legal relations. Generally much negotiation takes place between the parties before an agreement becomes binding and a contract is formed. It is important therefore to recognise the precise moment when a contract is formed as this is when the parties assume contractual obligations and the consequent risk of liability if the terms of the contract are breached

A contract is an agreement between parties which is binding in law. Furthermore the rights and obligations of the parties under a contract may be enforced by the courts. The courts may compel performance of contractual obligations by the party in default or, more commonly, may award damages for breach of contract.

Law and the rights and protections formed under them are also created by judges’ decisions in court. This is known as common law. Common law has its basis in precedent – this means that judges follow decisions made in similar cases to create a consistent, just and fair system. However, there are cases when the circumstances or facts of the case are very different, have not arisen before or are viewed by a senior judge as not reflecting current society, so that a decision is made to create or amend th

Express terms are terms that have been specifically mentioned and agreed by both parties at the time the contract is made. They can either be oral or in writing.

Each time you discuss a product or service with a customer you become responsible for providing and agreeing specific information.

For a product this may include the price and product availability these are known as the express terms.

Read More About Project Management, what is project management ?

Permanent link to this article: http://www.e-basel.com/project-management/rights-and-obligations-of-parties-under-contract/