Arbitration has a multitude of advantages over court action. The following are a sample of these advantages: 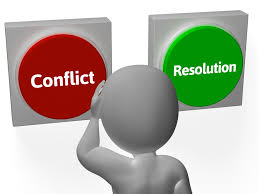 Choice of Decision Maker ( The Arbitrator ) :

parties can choose a technical person as arbitrator if the dispute is of a technical nature so that the evidence will be more readily understood.

Arbitration can usually be heard sooner than it takes for court proceedings to be heard. As well, the arbitration hearing should be shorter in length, and the preparation work less demanding.

Arbitration hearings are confidential, private meetings in which the media and members of the public are not able to attend. As well, final decisions are not published, nor are they directly accessible. This is particularly useful to the employer who does not want his ‘dirty laundry’ being aired.

Hearings are arranged at times and places to suit the parties, arbitrators and witnesses.

The procedures can be segmented, streamlined or simplified, according to the circumstances.

There is in general, no right of appeal in arbitration. (Although, the court has limited powers to set aside or remit an award).

Having cited the above list of advantages, it is only appropriate to mention some of the most commonly perceived drawbacks of arbitration.

One or both of the parties will pay for the arbitrator’s services, while the court system provides an adjudicator who does not charge a fee.

Unless there is evidence of outright corruption or fraud, the award is binding and usually not appealable. Thus if the arbitrator makes a mistake, or is simply an idiot, the losing party usually has no remedy.

Typical Steps in an Arbitration

The process of arbitration differs among cases. The following is a list of the main steps in arbitration, however it should not be viewed as an exhaustive list.

Initiating the Arbitration:  A request by one party for a dispute to be referred to arbitration.

Appointment of Arbitrator:  Arbitrators may be appointed by one of three ways: (1) Directly by the disputing parties, (2) By existing tribunal members (For example, each, each side appoints one arbitrator and then the arbitrators appoint a third), (3) By an external party (For example, the court or an individual or institution nominated by the parties).

Preliminary Meeting : It is a good idea to have a meeting between the arbitrator and the parties, along with their legal council, to look over the dispute in question and discuss an appropriate process and timetable.

Statement of Claim and Response : The claimant sets out a summary of the matters in dispute and the remedy sought in a statement of claim. This is needed to inform the respondent of what needs to be answered. It summarizes the alleged facts, but does not include the evidence through which facts are to be proved. The statement of response from the respondent is to admit or deny the claims. There may also be a counterclaim by the respondent, which in turn requires a reply from the claimant. These statements are called the ‘pleadings’. Their purpose is to identify the issues and avoid surprises.

Discovery and Inspection : These are legal procedures through which the parties investigate background information. Each party is required to list all relevant documents, which are in their control. This is called ‘discovery’. Parties then ‘inspect’ the discovered documents and an agreed upon selection of documents are prepared for the arbitrator.

Interchange of Evidence : The written evidence is exchanged and given to the arbitrator for review prior to the hearing.

Hearing : The hearing is a meeting in which the arbitrator listens to any oral statements, questioning of witnesses and can ask for clarification of any information. Both parties are entitled to put forward their case and be present while the other side states theirs. A hearing may be avoided however, if the issues can be dealt with entirely from the documents.

Legal Submissions: The lawyers of both parties provide the arbitrator with a summary of their evidence and applicable laws. These submissions are made either orally at the hearing, or put in writing as soon as the hearing ends.

Award – The arbitrator considers all the information and makes a decision. An award is written to summarize the proceedings and give the decisions. The award usually includes the arbitrator’s reasons for the decision.

Permanent link to this article: http://www.e-basel.com/arbitration-dispute/advantages/