Parties resort to arbitration to obtain a final and binding resolution of their dispute. It is the arbitrators’ role to resolve the dispute by deciding all of the disputed issues and recording their decision in a document, called an arbitral award. Arbitral awards should be prepared with the greatest care to ensure they conform with the terms of the arbitration agreement, including any arbitration rules and the law of the place of arbitration , and are enforceable under the New York Convention.3 Any failure to comply with the agreed process and the requirements as to form and content may lead to challenges and create difficulties with enforcement.

Arbitrators have a wide discretion to resolve the disputes in arbitration by issuing different types of awards. Consequently, most national laws and arbitration rules do not define the various types of awards that are available but, when they do, they have taken an inconsistent approach to the labelling of awards. Even though the title of the award does not determine its legal effect, choosing the wrong title may lead to misunderstandings. Accordingly, arbitrators should be careful to use the appropriate title in order to avoid being prematurely and unintentionally deprived of power.

In the course of an arbitration arbitrators normally issue various decisions. Decisions relating to the organisation and general conduct of the arbitral proceedings which are purely procedural and/or administrative in nature should be made in the form of procedural orders or directions.4 Such decisions should be clearly distinguished from arbitral awards, which are intended to include a determination on the merits or affect the parties’ substantive rights and which can generally be enforced under the New York Convention.

challenged. For these purposes, awards should be in a format and layout which aids the communication of the arbitrators’ decision and invites reading. They may be written as a flowing narrative dealing with the

evidence as it arises naturally in the sequence of things or, where there are many different issues, on an issue-by-issue basis, dealing with the evidence and argument applicable to each issue separately.

numbered paragraphs. The award should also include informative headings and sub-headings. A table of contents is especially helpful in lengthy awards. To the extent possible, awards should avoid using technical or legalistic expressions and should be written in plain and simple language which sets out the decision in a coherent and unambiguous manner.

An award should contain sufficient information to enable its audience to understand the issues and/or its meaning without the need to make further enquiry into the matter. They should not give rise to any questions as to their interpretation and they should not need clarifications.5 Arbitrators should not attach extensive documents to the award and/or refer to documents attached to the award. If it is necessary to refer to key documents it is good practice to quote the relevant passage(s)/part(s) in full. However, sometimes, arbitrators may attach certain documents to the award, such as the terms of reference, provisional orders and/or earlier awards when required under the relevant rules or for ease of reference. 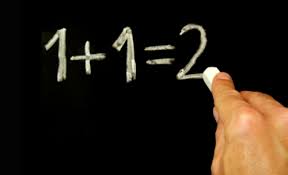 Making a valid and enforceable award

If one of the parties makes it clear that it may intend to enforce the award in another jurisdiction, the arbitrators may consider it appropriate to take account of any procedural requirements of the law of that

jurisdiction to the extent that they are made aware of these. Additionally, arbitrators may consider it appropriate to consider the law of the place where the debtor resides and/or has assets, and/or any other place(s) of likely enforcement, if known and, if so, to seek assistance from the party

expecting to enforce as to any particular requirements in such places.

recognition and/or enforcement under the New York Convention.

If they are unable to comply, they should apply for or order an extension following any mechanism set out in the applicable rules. arbitri. If there is no specified mechanism for granting an extension of time limit, arbitrators should address the matter as early as possible and ask the parties to grant them the power to extend it. Alternatively, arbitrators may invite one or more of the parties to approach the national

courts at the place of arbitration to extend it, or apply themselves.

made and communicated within the time specified, it may be set aside on the grounds that it was not made in accordance with the procedure agreed by the parties.

Permanent link to this article: http://www.e-basel.com/arbitration-dispute/the-award/