In United Arab Emirates each State of Emirates has legislation providing for licensing of some categories of contractors. The legislation in each emirate is completely efferent. It is beyond the scope of this article to examine the differences. That would be an enormous task.

Contracting without a License

The first step in licensing legislation is to provide for the issue of licenses to individuals or corporations or both for certain types of work. The next step is to ban unlicensed persons from contracting to carry out that type of work.

UAE law clearly stated that no work shall be carried out without a license, and the Builder or the contracting company must be registered and have a valid Trade License issued by the government and approved by the Municipality. 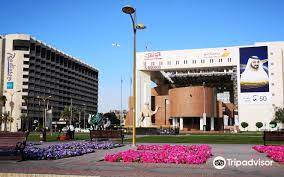 All contractors working in Dubai must have a ‘contractor classification licence’ which will allow them to work as a contractor. In relation to other permits, the permits required are dependent on which municipality the site is located in: the Dubai Municipality, the JAFZA or TECOM.

Dubai, being part of the federation of the United Arab Emirates is bound by both federal laws and laws specific to the Emirate of Dubai. The construction specific laws are comprised of federal and emirate laws and regulations. The main federal law is the Civil Transactions Code Federal Law No. 1 of 1985 (as amended) (‘the Code’) which contains the general contract principles as well as a section on Muqawala which relates specifically on construction related matters.

Administrative Resolution No. 125 of 2001 concerning the adoption of Building Regulations and Standards provides a detailed technical discourse about how to build in Dubai Municipality governed areas. Similar standards are used in JAFZA and TECOM areas.

The main health and safety provisions fall under Federal Law No. 8 of 1980 (as amended) (‘the Labour Law’), as well as all employment related matters in addition to numerous regulations, codes of practice and specific technical guidelines.

Certain provisions are implied into construction contracts by statute.

The Civil Code imposes certain conditions on Muqwala (Arabic word) contracts, including a provision that a contractor is liable for damage caused by its acts.

The provisions in the Building Codes and guidelines issued by Dubai Municipality, JAFZA and TECOM dictate the design terms and conditions.

Under Dubai law, limitation periods are set out in the Civil Code and the Commercial Transactions Code.

In a contract claim, the limitation period will run from the date when the contract was breached. It will be necessary, at the outset of any new claim, to determine whether or not the limitation period has expired. If it has, the claim will be ‘statute-barred’ and the claimant may be prevented from bringing a claim against the alleged wrongdoer. If a claim is brought out of time, the defendant will be able to plead the defence of limitation and the claimant will have the burden of proving that the cause of action arose within the relevant statutory period.

Dispute resolution in the courts

The parties may agree to submit to the jurisdiction of the courts in the Dubai International Financial Centre (DIFC) however as these courts are primarily commercial courts it is unclear how they would address complex construction issues.

Private arbitration is used as an alternative to litigation.

Commercially, in contracts with international contractors, arbitration is the preferred method of dispute resolution. Further, the Rules of the International Chamber of Commerce (ICC) are preferred over submitting the dispute to the local Dubai arbitration body.

The United Arab Emirates is a signatory to the New York Convention on the Enforcement of Arbitral Awards which allows the enforcement of arbitration awards in the UAE.

Permanent link to this article: http://www.e-basel.com/construction-claims/licensing-and-building-claims/