What Is International Arbitration? 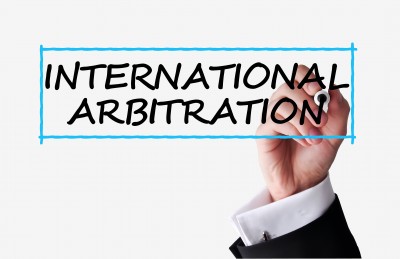 The use of international arbitration has evolved to allow parties from different legal, linguistic and cultural backgrounds to resolve their disputes in a final and binding manner, typically without the formalities of the procedural rules of their own legal systems.

” International arbitration is often the only way in which all of the parties to the transaction might be brought before the same forum.”

Arbitration is a method of dispute resolution that provides a final and binding outcome. Generally regarded as an alternative to court litigation, the existence of a valid agreement to arbitrate should mean that state courts refuse to hear disputes falling within the scope of that agreement.

The tribunal will generally give its decision (the award) following a hearing during which each party will have the opportunity to present its position. If appropriate, arbitrations can be conducted on paper only, for example, where the sums or issues in dispute do not justify a hearing. Generally, the tribunal will decide the dispute in accordance with the law governing the relevant contract.

The expansion and globalisation of cross-border investment and trade has led to increased and ever more complex relationships between businesses, investors, and States. As, inevitably, some of those relationships break down, parties need to consider (preferably at the outset of the relationship) the best means of resolving any disputes which may arise. In many cases, that will be arbitration. Arbitration has been used for centuries, with Plato writing about arbitration amongst the ancient Greeks. In more modern times, arbitration became the standard method for resolving disputes in certain industry sectors (such as construction, commodities, shipping, and insurance) where the arbitrators’ technical expertise was particularly valued. However, over the last 50 years or so, the international community has increasingly embraced arbitration, with many recognising its importance as the primary means of resolving complex, transnational, disputes (as well as the economic benefits for a State perceived as “arbitration friendly”).

When Should Provision for Arbitration Be Made?

Parties should consider whether or not to provide for arbitration every time they enter into a contract. However, providing for arbitration is particularly important if the parties (or their assets) are in different jurisdictions or if disputes might give rise to complex technical issues. Lawyers commonly refer to the “advantages and disadvantages” of arbitration. However, whether any given feature of arbitration is an advantage, a disadvantage, or of no interest to a party is entirely dependent upon its objectives. This Guide has therefore simply placed the features that most often prove conclusive in the decisionmaking process towards the top of the list that follows.

What Are International Arbitration Rules?

Institutional arbitration involves incorporating the rules of the selected institution into the arbitration clause by reference. That institution will then administer the arbitration. Institutional rules are designed to set out a framework for the proceedings comprehensively from beginning to end, so are better suited to cater for contingencies that might arise. This is particularly useful where a counterpart is refusing to co-operate in the arbitral process.

“Arbitral institutions are revising their rules and processes through the introduction of case management technologies.”

What Are The Benefits Of International Arbitration Over Litigation?

The primary benefits of using international arbitration to resolve a dispute rather than traditional court litigation include:

International Arbitration can resolve disputes more swiftly than traditional court litigation since there are only limited appeals from arbitration awards.

International Arbitration can be less expensive than traditional court litigation.

International Arbitration can provide better-quality justice, since many domestic courts are overburdened, which does not always allow judges sufficient time to produce legal decisions of high quality.

Clients can play an active role in selecting an arbitrator who is an industry expert in International Arbitration, rather than a generalist like many domestic court judges.

International Arbitration is flexible, and the individual parties to a dispute play a significant role in selecting the procedure that is most appropriate for resolving their international dispute, deciding on whether to include procedures such as document production.

International Arbitration can be confidential, which is useful if the parties wish to continue their business relationship or to avoid negative publicity.

International Arbitration is neutral. This is very important for cross-border transactions, since it avoids the possibility of a “home court” advantage for one party.

In certain countries, judges do not rule independently. In International Arbitration an award must be independently made, or it cannot be enforced.

In certain cases, such as investor-State disputes, International Arbitration offers the sole remedy for the violation of a legal right.

As arbitration is a consensual dispute resolution mechanism, a necessary pre-cursor to any arbitration is a valid agreement to arbitrate. This is commonly dealt with by inserting a clause into the principal contract between the parties obliging them to resolve any dispute arising “out of or in connection with” that contract in arbitration. There are a number of key aspects of the arbitral process that may be agreed in the arbitration provision itself including:

Drafting an effective arbitration clause is key. If the dispute falls outside the scope of the clause, or if the clause is invalid for uncertainty, parties could find themselves before the very national court they hoped to avoid.
An arbitration clause in a contract operates as a self-contained contract. This means that, even if the main contract is invalid, the clause will still stand and bind the parties, unless it is itself invalid for some reason.

Appointment of the arbitrators

Fees will usually be paid, at least in part, up-front upon appointment of the tribunal. If the arbitration is being administered by an institution, a fee will also be payable to that institution. The rate of fees varies but they are usually calculated either by reference to the time spent by the tribunal members or the value of the dispute.

The powers and duties of the tribunal

The principal duties of the tribunal are to determine the dispute fairly and efficiently, adopt suitable procedures for the particular case and ensure that time and costs are not expended unnecessarily. In order to discharge these duties the arbitrators have a range of powers deriving from:

Permanent link to this article: http://www.e-basel.com/arbitration-dispute/international-arbitration/