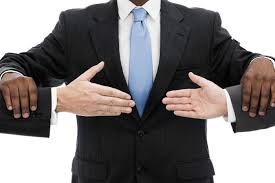 Arbitration is a procedure in which a dispute is submitted, by agreement of the parties, to one or more arbitrators who make a binding decision on the dispute. In choosing arbitration, the parties opt for a private dispute resolution procedure instead of going to court.

Arbitration can only take place if both parties have agreed to it. In the case of future disputes arising under a contract, the parties insert an arbitration clause in the relevant contract. An existing dispute can be referred to arbitration by means of a submission agreement between the parties. In contrast to mediation, a party cannot unilaterally withdraw from arbitration.

The parties choose the arbitrator(s)

The parties can select a sole arbitrator together. If they choose to have a three-member arbitral tribunal, each party appoints one of the arbitrators; those two persons then agree on the presiding arbitrator.

Alternatively, the Arbitration Center can suggest potential arbitrators with relevant expertise or directly appoint members of the arbitral tribunal.

In addition to their selection of neutrals of appropriate nationality, parties are able to choose such important elements as the applicable law, language and venue of the arbitration. This allows them to ensure that no party enjoys a home court advantage.

Arbitration is a confidential procedure

The Arbitration rules specifically protect the confidentiality of the existence of the arbitration, any disclosures made during that procedure, and the award.

The decision of the arbitral tribunal is final and easy to enforce.

The parties agree to carry out the decision of the arbitral tribunal without delay. International awards are enforced by national courts under the New York Convention, which permits them to be set aside only in very limited circumstances.

At its core, arbitration is a form of dispute resolution. Arbitration is the private, judicial determination of a dispute, by an independent third party. An arbitration hearing may involve the use of an individual arbitrator or a tribunal. A tribunal may consist of any number of arbitrators though some legal systems insist on an odd number for obvious reasons of wishing to avoid a tie. One and three are the most common numbers of arbitrators. The disputing parties hand over their power to decide the dispute to the arbitrator(s). Arbitration is an alternative to court action (litigation), and generally, just as final and binding (unlike mediation, negotiation and conciliation which are non-binding).

General principles of arbitration are as follows:

The object of arbitration is to obtain a fair resolution of disputes by an impartial third party without unnecessary expense or delay.

Parties should be free to agree how their disputes are resolved, subject only to such safeguards as are necessary in the public interest.

Courts should not interfere.

Arbitrators, or Tribunal members, are commonly appointed by one of three means:

Permanent link to this article: http://www.e-basel.com/arbitration-dispute/ 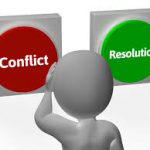 Advantages Of Arbitration Arbitration has a multitude of advantages over court action. The following are a sample of these advantages. Choice of Decision Maker ( The Arbitrator ) : parties can choose a technical person as arbitrator if the dispute is of a technical nature so that the evidence will be more readily understood. Efficiency : Arbitration … 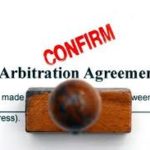 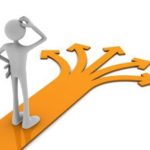 Applicable Law Applicable law in UAE What is Applicable Law is? When questions of procedure are settled, the principal task of any arbitral tribunal is to establish the material facts of the dispute. It does this by examining the agreement between the parties, by considering other relevant documents (including correspondences, minutes of meetings and so … 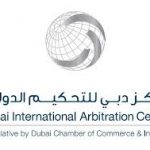 Arbitration Institutions Historically, parties preferred litigation and were generally reluctant to use arbitration. This was particularly because some uncertainty that was considered to surround the enforcement of arbitral awards. Although there is still a degree of uncertainty regarding enforcement, local courts are now generally more familiar with the arbitration process and more willing to recognise … 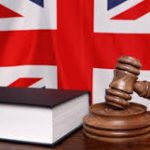 Arbitration Under English Law It must first be noted that arbitration usually refers to alternative dispute resolution, whereby there is a neutral third party. The first point that one must consider is that the process of arbitration is used because it is much more efficient and cheaper than the court process. Arbitration makes the process … 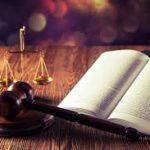 Challenge and Enforcement CHALLENGING THE ARBITRATION AWARD The international framework The UK (which comprises, England, Wales, Scotland and Northern Ireland) is a party to the New York Convention on the Recognition and Enforcement of Foreign Arbitral Awards 1958 (“the New York Convention”) and as a result will recognize and enforce awards made in other contracting …

Conduct of the Proceedings 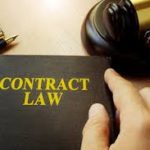 Contract Law Overview of Legal Terminology and Basic Contract Law   BASIC PRINCIPLES OF ENGLISH CONTRACT LAW What a contract is? Contract is probably the most familiar legal concept in our society because it is so central to the essence of our political, economic, and social life. In common parlance, contract is used interchangeably with agreement, bargain, undertaking, …

Emergency Procedures and Interim Measures   Many jurisdictions recognize that parties to arbitral proceedings may need to seek interim measures of protection in order to safeguard their rights pending final resolution of the dispute. Historically, the power to grant interim measures in international arbitration was solely reserved to national courts. Today, many countries have modified … 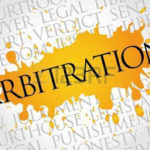 Establishment and Organisation of the Tribunal Once the decision to start an arbitration has been taken and the appropriate form of notice or request for arbitration has been delivered, the next step is to establish the arbitral tribunal. Whilst a national court of law is a standing body to which an application may be made …

FEDERAL DECREE – NEW YORK Federal Decree No. 43 for the Year 2006 Regarding The United Arab Emirates Joining the Convention of New York  on Recognition and Enforcement of Foreign Arbitral Awards The Decree:  We, Khalifa Bin Zayed Al Nahyan, the President of the United Arab Emirates, After perusal of the constitution, And Federal Law … 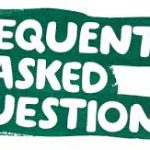 Powers, duties and jurisdiction of the Arbitral Tribunal

Powers, duties and jurisdiction of the Arbitral Tribunal

The Award Parties resort to arbitration to obtain a final and binding resolution of their dispute. It is the arbitrators’ role to resolve the dispute by deciding all of the disputed issues and recording their decision in a document, called an arbitral award. Arbitral awards should be prepared with the greatest care to ensure they …

The Preliminary Meeting  PRELIMINARY MEETINGS IN ARBITRATION CRITICAL FIRST STEPS IN COMPLEX COMMERCIAL ARBITRATION Arbitration, a means of settling disputes, has been practised in Dubai & UAE, and indeed worldwide for a number of years. Arbitration is defined as “a legal enforceable procedure to obtain the fair resolution of disputes by an impartial tribunal without … 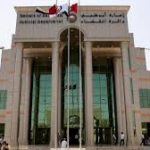 The Role of National Courts

The Role of National Courts. With the tremendous growth in international trade and investments, international commercial arbitration has become a frequently used mechanism to settle investment/trade/contractual dispute. Most people are of the opinion that resolution of dispute by litigation in court is time consuming and money consuming whereas arbitration may speed the resolution and lower … 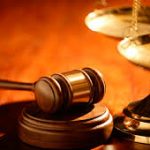 The UAE Civil Procedure Code, Federal Law No. (11) of 1992 Chapter Three Article    Article |  ARBITRATION  Article (203) The parties to a contract may generally stipulate in the basic contract or by a supplementary agreement that any dispute arising between them in respect of the performance of a particular contract shall be referred …