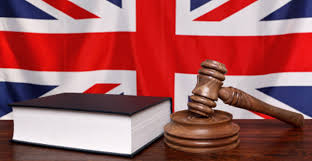 It must first be noted that arbitration usually refers to alternative dispute resolution, whereby there is a neutral third party.

The first point that one must consider is that the process of arbitration is used because it is much more efficient and cheaper than the court process. Arbitration makes the process a lot easier, in the most part; it brings both parties to the table in a negotiable mood and

finally it resolves the problem in a much cheaper manner.

Arbitration in English law was first used by merchants to resolves commercial disputes, which illustrates how integral to commercial law arbitration is.

Under English law the first step to put the rules and procedures of arbitration into statue began in 1698 with the first Arbitration Act, which was built on the premise that it

was an act for determining differences by Arbitration It shall and may be lawful for all merchants and traders and others desiring to end controversy, suit or quarrel by arbitration whereby they oblige themselves to submit to the award or umpirage of any persons agreed by the parties.

Before the English Arbitration Act came into force, English arbitration law was scattered over the Arbitration Acts 1950, 1975 and 1979. This legislation applied to different aspects of arbitration and was complemented by, interpreted by and built on a large body of case law.

Historically, three broad criticisms were levelled at English arbitration: — it was slow and expensive: “litigation without wigs”; — the law was inaccessible to laypersons and to foreign users; and — the courts were too ready to intervene in the arbitral process.

As a result, arbitration became increasingly unattractive as an option for dispute resolution and London lost out to other jurisdictions as a venue for international commercial arbitrations.

In the 1980s, the Department of Trade and Industry established the Departmental Advisory Committee on Arbitration Law (DAC) under the Chairmanship of Lord Justice Mustill (as he then was). One of the key decisions for the DAC was whether to recommend the enactment of the Model Law (1985).

Whilst the DAC decided against adopting the Model Law (1985) wholesale, it did recommend that the new Arbitration Act should, so far as possible, adopt the structure and language of the Model Law (1985) and be clear and accessible. Despite these aspirations, the first draft bill in February 1994 did little more than consolidate the existing statutes of 1950, 1975 and 1979.

Under the new chairmanship of Lord Justice Saville (as he then was), the DAC produced an entirely new draft bill by December 1995. After extensive consultation, but with relatively few changes, this became the English Arbitration Act.

Most commercial disputes are capable of being arbitrated if the parties agree on that form of dispute resolution.

Generally, the courts have not considered the circumstances in which disputes cannot be arbitrated. Where this issue is brought before the courts, however, only limited public policy considerations normally apply. As the DAC noted, “matters which are not arbitrable in England lie almost wholly outside the commercial field”. There are a few exceptions to this rule, for example, where the courts are concerned that the arbitral process may breach one of the party’s statutory rights. Recently the courts have held that where an employee has statutory rights entitling them to have their case heard before an employment tribunal, it is not possible to submit the dispute to arbitration as the sole means of deciding the dispute.

The English Arbitration Act applies to all arbitrations, the legal “seat” or “place” of which is in England and Wales or Northern Ireland. Scotland has its own separate legal system and arbitration law .

The English Arbitration Act applies to institutional as well as to ad hoc arbitrations.

Certain provisions of the English Arbitration Act apply even if the place of the arbitration is outside England, Wales and Northern Ireland, or if no place has been designated or determined in the arbitration agreement.

These include provisions concerning the:

securing of the attendance of witnesses;

and court’s powers in support of arbitral proceedings.

The provisions of Part I of the English Arbitration Act apply to all arbitrations conducted pursuant to an arbitration agreement.

Part III deals with the recognition and enforcement of foreign awards and Part IV contains general provisions. This chapter will focus on the provisions of Part I and Part III of the English Arbitration Act.

The English Arbitration Act is founded on and is to be construed in accordance with three guiding principles: fairness, party autonomy and non-intervention by the courts.

The English Arbitration Act states that the object of arbitration is to obtain the fair resolution of disputes by an impartial tribunal without unnecessary delay or expense.

This is primarily a reflection of the rules of natural justice, but there is an additional emphasis on avoiding unnecessary costs and delay. The principle is also given effect in the general duties imposed on the arbitral tribunal by Section 33 and on the parties by Section 40 (discussed in paragraphs 7.3.2 and 7.3.4 below).

The English Arbitration Act states that the parties shall be free to agree how their disputes are resolved, subject only to such safeguards as are necessary in the public interest.

Non-intervention by the courts

At the same time, the English Arbitration Act reduces the scope for obstructive parties to delay arbitral proceedings by making applications to the courts through the following provisions:

mandatory stay of court proceedings in favour of arbitration;

arbitral proceedings to continue and award may be made pending a decision of the court on the arbitral tribunal’s jurisdiction;

he arbitral tribunal (not the court) can order security for costs;

extension of an arbitral tribunal’s powers in case of party default;

and — the court may exercise such powers as it has only if the arbitral tribunal has no equivalent power.

It is a commonly held view that arbitrations in England and Wales are private and confidential. Whilst there is no statutory provision in the Arbitration Act 1996 which deals with such issues, arbitration is generally considered by the English Courts to be a private means of dispute resolution. English law recognises that it is an implied term of arbitration agreements that the proceedings are private and confidential. This broad position is, however, subject to a few notable exceptions discussed below.

Confidentiality attaching to the award

Under English law, whilst the duty of confidentiality extends to the award itself, there is an important exception which must be borne in mind, namely the disclosure of the arbitral award in separate proceedings to enforce or protect the legal rights of a party to the arbitration agreement.

The English Arbitration Act has contributed significantly to revitalising English arbitration and to ensuring that London remains one of the leading centres for international commercial arbitrations.

The English Arbitration Act has made arbitration a more attractive option for dispute resolution by increasing party autonomy, as well as reducing the scope for court interference in the arbitral process. Arbitrators have been given wider procedural powers which can contribute to making arbitration more efficient. The success of these provisions depends on arbitrators exercising their powers in practice fairly and imaginatively, distinguishing the parties’ choice of arbitration as their preferred method of dispute resolution from more formal and rule-bound court proceedings.

Permanent link to this article: http://www.e-basel.com/arbitration-dispute/arbitration-english-law/