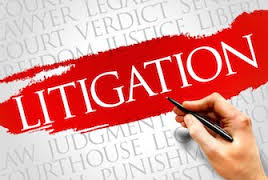 The parties to a dispute are in principle to choose a method of resolving it. Arbitration and litigation each offer certain advantages. Even where a contract contains a clause stating that disputes shall be settled by arbitration, the parties may agree to ignore this and instead go to court. However, the presence of an arbitration clause in the contract will normally mean that, unless both parties agree otherwise, the dispute must be settled by arbitration.

of course, such a clause affects neither the statutory right of adjudication nor the option of finding a settlement through a form of amicable dispute resolution.

As to which procedure would be a more appropriate means of resolving a dispute, no definitive answer can be given, but there are various matters that may be taken into account in any particular case.

In briefly noting these factors, one point should be borne in mind. while ” litigation” will follow much the same pattern wherever it take place. ” Arbitration” covers a much wider range of possible procedures. Thus, any comparison between litigation and arbitration inevitably raises the question of what kind of arbitration is being considered. the relative merits of the two forms of dispute resolution, which are described below, are largely based on the assumption of a large scale construction arbitration involving complex, large representation and procedures similar to those in court.

The advantages most commonly claimed for arbitration are that it is quick, and suitable for matters of technical complexity, convenient , private and commercially expedient.

the perceived advantages of litigation include the ability to join third parties in the action, the availability of legal aid, the ability to deal with legal complexities and a more decisive approach by the decision maker.

Arbitration has become the preference for those doing business. Arbitration offers a number of advantages over traditional litigation such as flexibility, confidentiality, professionalism of experts and arbitrators, co-operation and speed. As a result of the adherence of the UAE to the New York Convention on the Recognition and Enforcement of Arbitral Awards, which has been ratified by over 140 states, international arbitration awards are expected to become more widely enforced in the UAE.

Permanent link to this article: http://www.e-basel.com/articles/litigation/