Return to About e-basel.com

E-basel pledges to lead by example, maintaining and reinforcing a world class ethical practice and an unwavering culture of excellence.

We pride ourselves in our reputation and a scrupulous regard for high standards of personal conduct and integrity. E-basel is built upon the principles of fair dealings and ethical conduct and we adhere to careful observation of all applicable laws and regulations.

Ethical conduct is fundamental to how we do business and reinforces our core values which shapes our culture and defines the character of the company. Ethics also guide how we behave and make decisions at all levels of the company: From the officers, directors, employees, representatives and agents of e-basel.

Consistent with our core value of integrity, e-basel acts in all things with honor and the highest standards of ethical, law-abiding and professional behavior and operates with a zero-tolerance towards bribery or any other form of corrupt practice. 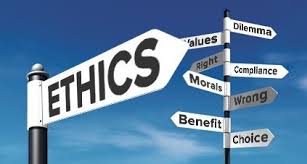 In keeping with the Code of Business Ethics and Professional Conduct Policy, e-basel  operates with a zero-tolerance policy towards bribery or any other form of corruption in its practices.

Neither e-basel, nor any employee, person or entity associated with e-basel, shall offer, pay, promise, authorize or receive any bribes, other illicit payment or benefits to or from any person or entity with whom e-basel conducts its business. This includes, but is not limited to government officials, clients, vendors, sub-contractors, suppliers, sub-consultants, partners, consultants or associates.

e-basel Executive Management will set the example in fostering a culture of compliance with respect to this policy.

Code of Ethics for Arbitrators in Commercial Disputes

This Code is a privately developed set of standards of professional behavior for arbitrators who are subject to its provisions.

The use of arbitration to resolve a wide variety of disputes has grown extensively and forms a significant part of the system of justice on which our society relies for a fair determination of legal rights. Persons who act as arbitrators therefore undertake serious responsibilities to the public, as well as to the parties. Those responsibilities include important ethical obligations.

This Code provides ethical guidelines for many types of arbitration but does not apply to labor arbitration, which is generally conducted under the Code of Professional Responsibility for Arbitrators of Labor-Management Disputes.

There are many different types of commercial arbitration. Some proceedings are conducted under arbitration rules established by various organizations and trade associations, while others are conducted without such rules. Although most proceedings are arbitrated pursuant to voluntary agreement of the parties, certain types of disputes are submitted to arbitration by reason of particular laws. This Code is intended to apply to all such proceedings in which disputes or claims are submitted for decision to one or more arbitrators appointed in a manner provided by an agreement of the parties, by applicable arbitration rules, or by law. In all such cases, the persons who have the power to decide should observe fundamental standards of ethical conduct. In this Code, all such persons are called arbitrators, although in some types of proceeding they might be called umpires, referees, neutrals, or have some other title.

Arbitrators, like judges, have the power to decide cases. However, unlike full-time judges, arbitrators are usually engaged in other occupations before, during, and after the time that they serve as arbitrators. Often, arbitrators are purposely chosen from the same trade or industry as the parties in order to bring special knowledge to the task of deciding. This Code recognizes these fundamental differences between arbitrators and judges.

In those instances where this Code has been approved and recommended by organizations that provide, coordinate, or administer services of arbitrators, it provides ethical standards for the members of their respective panels of arbitrators. However, this Code does not form a part of the arbitration rules of any such organization unless its rules so provide.

Various aspects of the conduct of arbitrators, including some matters covered by this Code, may also be governed by agreements of the parties, arbitration rules to which the parties have agreed, applicable law, or other applicable ethics rules, all of which should be consulted by the arbitrators. This Code does not take the place of or supersede such laws, agreements, or arbitration rules to which the parties have agreed and should be read in conjunction with other rules of ethics. It does not establish new or additional grounds for judicial review of arbitration awards.

The ethical obligations of an Arbitrator begin as soon as the Arbitrator becomes aware of potential selection by the Parties and continue even after the decision in the case has been rendered. E-basel  strongly encourages Arbitrators to address ethical issues that may arise in their cases as soon as an issue becomes apparent, and where appropriate to seek advice on how to resolve such issues from the National Arbitration Committee.

Where the Party-appointed Arbitrator is expected to be non-neutral, some of the Guidelines applicable to neutral Arbitrators do not apply or are altered to suit this process. For example, while non-neutral Arbitrators must disclose any matters that might affect their independence, the opposing Party ordinarily may not disqualify such person from service as an Arbitrator.

It is appropriate for the party appointed arbitrators to address the status of their service with the party that appointed them, with each other and with the neutral arbitrator and to determine whether the Parties would prefer that they act in a neutral capacity.

Note regarding international Arbitrations. Tripartite Arbitrations in which the Parties each appoint one Arbitrator are common in international disputes; however, all Arbitrators, by whomever appointed, are expected to be independent of the Parties and to be neutral. They are sometimes expected to communicate ex parte with the Party that appointed them solely for purposes of the selection of the chairman and not otherwise.

AN ARBITRATOR SHOULD UPHOLD THE INTEGRITY AND FAIRNESS OF THE ARBITRATION PROCESS.

AN ARBITRATOR SHOULD DISCLOSE ANY INTEREST OR RELATIONSHIP LIKELY TO AFFECT IMPARTIALITY OR WHICH MIGHT CREATE AN APPEARANCE OF PARTIALITY.

(1)        Any known direct or indirect financial or personal interest in the outcome of the arbitration;

(2)        Any known existing or past financial, business, professional or personal relationships which might reasonably affect impartiality or lack of independence in the eyes of any of the parties. (3)        The nature and extent of any prior knowledge they may have of the dispute; and

(4)        Any other matters, relationships, or interests which they are obligated to disclose by the agreement of the parties, the rules or practices of an institution, or applicable law regulating arbitrator disclosure.

(2)        In the absence of applicable procedures, if the arbitrator, after carefully considering the matter, determines that the reason for the challenge is not substantial, and that he or she can nevertheless act and decide the case impartially and fairly.

(1)        Secure the consent to the disclosure from the person who furnished the information or the holder of the privilege; or

AN ARBITRATOR SHOULD AVOID IMPROPRIETY OR THE APPEARANCE OF IMPROPRIETY IN COMMUNICATING WITH PARTIES.

(1)        When the appointment of a prospective arbitrator is being considered, the prospective
arbitrator:

(a)        may ask about the identities of the parties, counsel, or witnesses and the   general nature of the case; and

(5)        Discussions may be had with a party concerning such logistical matters as setting the time and place of hearings or making other arrangements for the conduct of the proceedings. However, the arbitrator should promptly inform each other party of the discussion and should not make any final determination concerning the matter discussed before giving each absent party an opportunity to express the party’s views; or (6) If a party fails to be present at a hearing after having been given due notice, or if all parties expressly consent, the arbitrator may discuss the case with any party who is present.

AN ARBITRATOR SHOULD CONDUCT THE PROCEEDINGS FAIRLY AND DILIGENTLY.

AN ARBITRATOR SHOULD MAKE DECISIONS IN A JUST, INDEPENDENT AND DELIBERATE MANNER.

AN ARBITRATOR SHOULD BE FAITHFUL TO THE RELATIONSHIP OF TRUST AND CONFIDENTIALITY INHERENT IN THAT OFFICE.

AN ARBITRATOR SHOULD ADHERE TO STANDARDS OF INTEGRITY AND FAIRNESS WHEN MAKING ARRANGEMENTS FOR COMPENSATION AND REIMBURSEMENT OF EXPENSES.

(1)        Before the arbitrator finally accepts appointment, the basis of payment, including any cancellation fee, compensation in the event of withdrawal and compensation for study and preparation time, and all other charges, should be established. Except for arrangements for the compensation of party-appointed arbitrators, all parties should be informed in writing of the terms established.

(2)        In proceedings conducted under the rules or administration of an institution that is available to assist in making arrangements for payments, communication related to compensation should be made through the institution. In proceedings where no institution has been engaged by the parties to administer the arbitration, any communication with arbitrators (other than party appointed arbitrators) concerning payments should be in the presence of all parties; and

(3)        Arbitrators should not, absent extraordinary circumstances, request increases in the basis of their compensation during the course of a proceeding.

AN ARBITRATOR MAY ENGAGE IN ADVERTISING OR PROMOTION OF ARBITRAL SERVICES WHICH IS TRUTHFUL AND ACCURATE.

(1)        Party-appointed arbitrators should review the agreement of the parties, the applicable rules and any applicable law bearing upon arbitrator neutrality. In reviewing the agreement of the parties, party-appointed arbitrators should consult any relevant express terms of the written or oral arbitration agreement. It may also be appropriate for them to inquire into agreements that have not been expressly set forth, but which may be implied from an established course of dealings of the parties or well-recognized custom and usage in their trade or profession;

Permanent link to this article: http://www.e-basel.com/about-e-basel-com/ethics-responsibility/