Can a Contractor Claim for Loss of Profit ?

Can a Contractor Claim for Loss of Profit ?

Claim under standard forms of contract 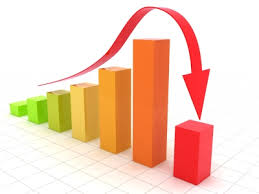 All standard Forms of Contract provide for the Architect or the Engineer to order variations to the Works, and such variations may include omissions.

Whenever variations are ordered that omit work, and particularly if such omissions are substantial in nature, contractors often argue that they should be entitled to claim the loss of the profit that they would have earned on such works. But is such a claim valid?

The answer is not clear, and depends, firstly upon whether the instruction omitting the works was a valid variation order, and secondly, if the variation is valid, upon what form of contract the instruction was given.

desirable for the satisfactory completion or functioning of the works. Thus under such conditions works cannot be omitted, for example, to save time for completing the works, or to save the employer money.

Lost profit damages are an estimate of the total sum of money lost due to the buyer’s breach of agreement. It is the computation of benefits that would have been made by the seller on a sale if the buyer had adhered to the contract. The plaintiff can claim lost profit damages from the buyer by showing that the buyer’s demand was met by the seller according to the terms of the agreement, and that no alternative remedy exists. In laws regarding patents, lost profits damages refer to the loss caused to the patent owner due to actions of the infringer.

The matters in respect of which claims for cost are made are breaches of contract. The inclusion in the Conditions of the claims Clauses provides the Engineer and the Contractor with the mechanism for agreeing damages, instead of the Contractor having to sue for them. The cost recoverable by the Contractor must therefore follow the common law damages rule. This relies on showing that the damage flows from the breach, or the cost flows from the event complained of. This is causation. The Contractor must link cause and effect. He should not be required to provide as much evidence, especially oral evidence, as he would in arbitration, because the Engineer should be well acquainted with the facts.

Nevertheless, the Engineer must ask himself if the cost flows from the event. There can be a temptation on the part of contractors to include all costs in their claims, without any apparent attempt to link cause and effect. The measure of damage can be a difficult matter. The general rule is that damages should put the claiming party back into the position he would have been in, had the breach not taken place. It is often helpful for the Engineer to ask himself, what would the Contractor have done, but for the breach?

Particulars of cost should not prove to be a problem. Direct costs are the site labour and plant. Any sensible contractor will have record sheets. They will show who and what was on site. What they probably will not show is (1) what the resources were doing and (2) why they were doing it. This will inevitably lead to some assessment being made.

Head office overheads can usually be proved by reference to pricing information behind the tender, or by using the Contractor’s audited accounts. If the accounts for years, other than those in which the Works were carried out, are used, care should be taken to ensure that the attribution of overheads to the project is appropriate, and not inflated.

Financing charges became a head of claim as a result of the case. It established that there are two types of financing charge. One is the loss of interest on capital which the Contractor has not been paid and been able to put into his bank account. The other type is the interest he incurs by way of overdraft in using his own money to finance work, whereas he would normally expect to use the money paid to him under the Contract.

Financing charges are a secondary cost. If his claim for costs fails, his claim for financing will fall with it. If the primary cost claim succeeds, it can be inferred that he has incurred financing charges. There is not usually anything to be gained by looking at bank statements. They may show the Contractor had an overdraft, but that could be due to any reason, not necessarily connected with the matters claimed. In general, it is sensible to use a typical bank lending rate, plus 2%.

In certain instances, profit is allowed on Cost. The level of profit should be comparable to that in the Tender, which can be proved by reference to the Tender pricing information, and the Contractor should be prepared to produce it.

Loss of profit is usually the expression used to describe the damage suffered when the Contractor is kept on the project longer than anticipated, thereby losing the opportunity to earn profit on another project. It is difficult to establish, and will almost certainly suffer from being too remote.

Whereas a contract using one of the 1999 FIDIC forms for major works may be suspended or terminated in certain specified circumstances, the conditions permitting such a drastic action by either of the contracting parties differ. The differences are important to consider and remember, since what is permitted for the Employer may not be so for the Contractor.

Limitation of damages in practice

Most contracts deal with the general principle that a party will not be able to recover all its losses by imposing a limit on liability. The International Federation of Consulting Engineers (FIDIC) provides model contracts that companies base their contracts on. Its Conditions of Contract Clause 17.6 says:

“Neither Party shall be liable to the other Party for loss of use of any Works, loss of profit, loss of any contract or for any indirect or consequential loss or damage which may be suffered by the other Party in connection with the Contract…”

So what types of loss can be recovered by contractors under FIDIC contracts? Only some of the items which contractors will usually seek to recover are included. These break down as follows:

direct loss and expense: if these fall within FIDIC’s definition of ‘cost’ – “all expenditure reasonably incurred (or to be incurred) by the Contractor whether on or off the Site, including overhead and similar charges but [not including] profit” – and are directly linked to the clause giving rise to the claim, they can be claimed;

preliminaries: as above, these are also recoverable;

overheads: also recoverable – the cost of running the business as distinct from general site costs is expressly allowed for in the definition of Cost;

loss of productivity/disruption: in principle this is recoverable, but in practice proving this loss is difficult. The ‘measured mile’ approach compares work in disrupted and undisrupted conditions, with the difference between the two being the disruption factor;

profit: this is not recoverable unless expressly allowed for in the Contract. Profit is excluded, from both the definition of Cost and by Clause 17.6;

interest: recoverable; the Contractor has an express right to interest on any unpaid sums under the standard FIDIC forms;

finance charges: recoverable – under English law, it is possible to claim finance charges as part of a claim for direct loss and expense;

claims preparation costs: may be recoverable – under English law, these can be recovered in principle but such claims are hard to establish;

Permanent link to this article: http://www.e-basel.com/articles/can-contractor-claim-loss-profit/