Dubai Frame to be opened for public soon

Simple or Keeping it Simple 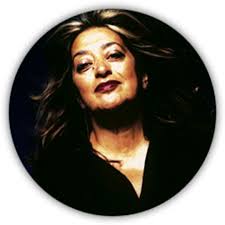 Iraqi-born, this year she was the first woman to receive the Royal Institute of British Architects (Riba) Gold Medal in recognition of her work.

She died following a heart attack on Thursday in a Miami hospital, where she was being treated for bronchitis.

Her designs have been commissioned around the world, including Hong Kong, Germany and Azerbaijan. 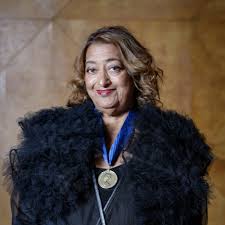 Collecting her Gold Medal in February, Dame Zaha said she was proud to have been the first woman to win in her own right.

“We now see more established female architects all the time,” she said.

Since her student days in London at the Architectural Association School of Architecture, Iraqi-British architect Zaha Hadid (born 1950) has been intensely preoccupied with changing our general notions of space – not only in a physical sense, but also socially and culturally. Hadid’s projects are characterized by their dynamic formal qualities of sinuously, curving shapes, or crystallized strata. This sums up as a kind of new Baroque, a sensuous, more vibrant and engaging type of architecture.

Hadid’s projects during the late 1970s and 1980s were marked by a profound understanding of early 20th  Century avant-garde artists and architects. In an attempt to redevelop and make relevant again the formal investigations of Russian Constructivism and Italian Futurism, her projects expressed utopian ideals.

Today, Architects create landmarks projects for all types of functional programs. Their buildings are never bland or mundane, but moreover assertive statements of a particular view, that the world may indeed look different. Their efforts have resulted in a staggering almost one thousand projects throughout the globe, in every scale, from urban design schemes to objects and furniture design. 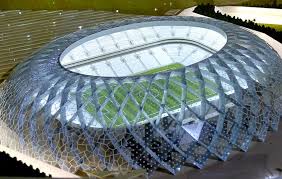 Along with her strong conceptual and historical awareness, nature’s forms and shapes appear as a recurrent source of inspiration for Zaha Hadid’s architecture. It includes attention to physical contexts and landscapes, whether resulting in layered structures or powerful moving lines but also exploring possible interfaces between patterns and construction. 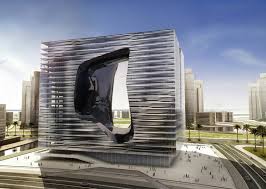 Zaha Hadid Architects embraced digital drawing early on. This has made the studio able to challenge traditional ways of making architecture. In collaboration with senior office partner Patrik Schumacher, Zaha Hadid has meticulously explored the possibilities of parametric design, allowing for the conception and construction of architecture as seamless flows of energy and matter. Zaha Hadid is the 2004 Pritzker Prize laureate and winner of the Stirling Prize in 2010 and 2011.

RIP , the Architect Who Showed Us What the Future Looks Like

Permanent link to this article: http://www.e-basel.com/uncategorized/architect-dame-zaha-hadid-dies/